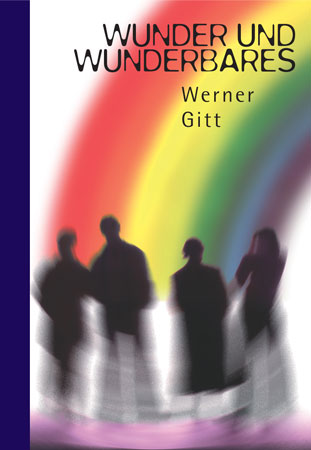 We are living in the 21st century and we have heard about the overwhelming successes of science in recent decades. Mankind has travelled to the moon. Dolly the sheep has been cloned. The human genome has also been sequenced. Can we still believe the miracles of the Bible in such enlightened times? Can we believe in the virgin birth, resurrection of the dead, miracles of healing or in physical miracles like the instant calming of the storm on the Lake of Galilee? What about the sun standing still for a whole day? Is this miracle still reasonable for us today? Author and scientist Werner Gitt deals in the first chapter of the book with questions such as these.

In the second chapter, the author relates encounters he has had all over the world with people and their conversions to God, which seem miraculous to him. In contrast to the biblical miracles, he calls his own experiences "marvels". It is consistently shown in the Bible that encounters with Jesus are always authentic. This is shown by the biblical reports mentioning exactly where, when and on which occasion the miracles occurred. The author authenticates his own experiences likewise, stating in most cases where, when and how they happened. A personal report about his formative childhood experiences heads this chapter.

In the third chapter people whom the author has met during his conference trips all over the world tell their life stories. There are twelve people from five continents who have something special to tell, and always there is one thing they have in common: they all give the credit to God, explaining how he has influenced their lives and fundamentally changed their thinking in every aspect of their lives.

Just as each oak leave is distinct from the other and the countless stars and snowflakes are individually unique, every human being has his/her own personal and unique story to tell.